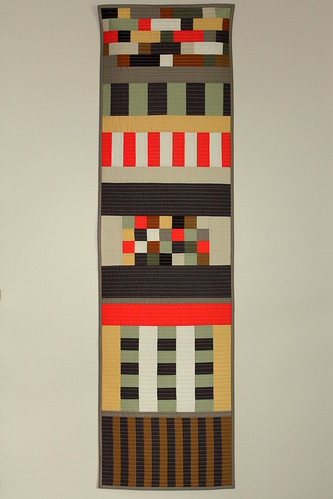 I had some sizable left over solid fabrics from another quilt that I made and decided to put them to good use.  With nothing particular in mind, I thought I'd try my hand at an inprov quilt.  I began by cutting a number of strips of random widths then sewed them together willy nilly.  Sometimes I re-cut the sewn strips and sewed them together yet again.  It was quite a bit of fun, sewing with reckless abandon and not being concerned about following instructions. 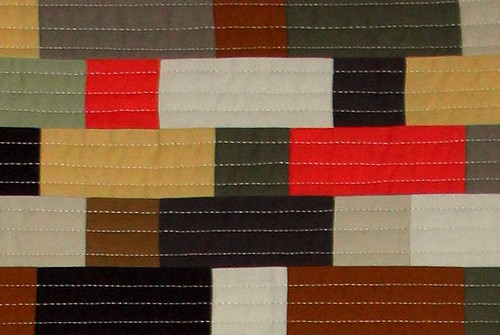 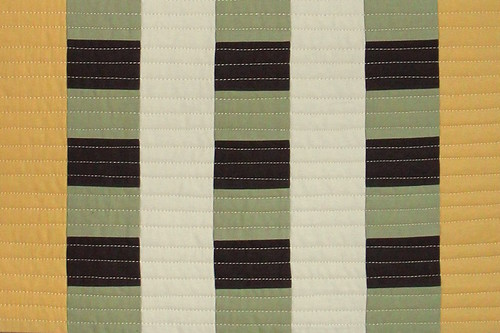 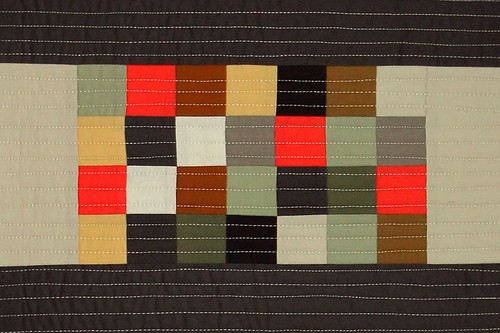 Having become so brave and liberated, I thought I'd try some freehand channel quilting.  I was fairly careful when eyeballing my spacing, I had a few foibles here and there but nothing worth worrying about.  I like the look of these tight lines. 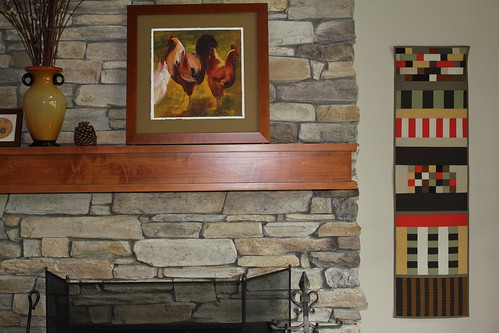 Who'd have thought that my scrappy improv wall hanging would have earned such a prominent spot in my home.